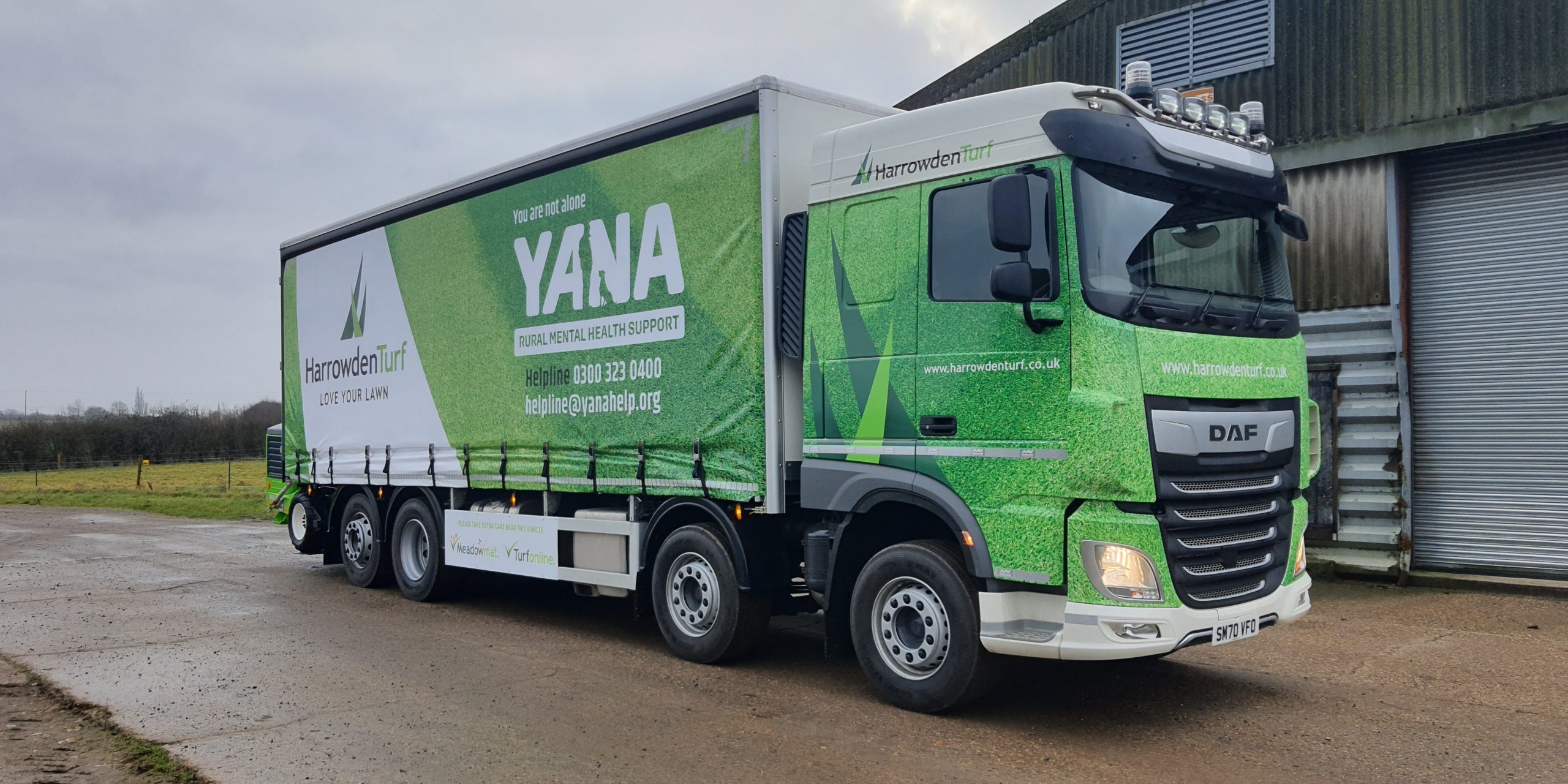 The YANA messages are taking to the road, literally, in the livery of a new lorry working for Harrowden Turf.

Getting the wheels turning

The wheels for this idea started turning some time ago. Richard Boyson, Group Transport Manager with Harrowden Turf, was in the audience at a NFU Health, Safety and Wellbeing session in 2020 when YANA Patron Melinda Raker gave a presentation about YANA. As is her usual style, she asked her audience to take and share leaflets and & 7 Tractor Facts to Save a Life suicide prevention cards. But she also asked her audience to think of whatever other ways they could to help YANA make its presence – and offer of rural mental health support – even more widely known. Richard began thinking of putting YANA on one of their new vehicles due to hit the road in early 2021.

Lorry loaded with a special message

The lorry and its YANA livery, made by M V Commercial, was handed over to Harrowden Turf early in the year. Every working day, it is on the road delivering all kinds of grass or meadow mix turfs for lawns and natural roofs, taking the YANA messages everywhere it goes.

It’s not the only vehicle for YANA messages, of course. We’ve been sending out our trailer stickers to requests from our core counties of Norfolk, Suffolk and Worcestershire – and further afield. If you would like to order, you can request small and large stickers YANA, for free.

We will bring you more signs of YANA on the road in Spring. In the meantime, our thanks to Harrowden Turf and their ‘wheely’ good idea to help YANA.