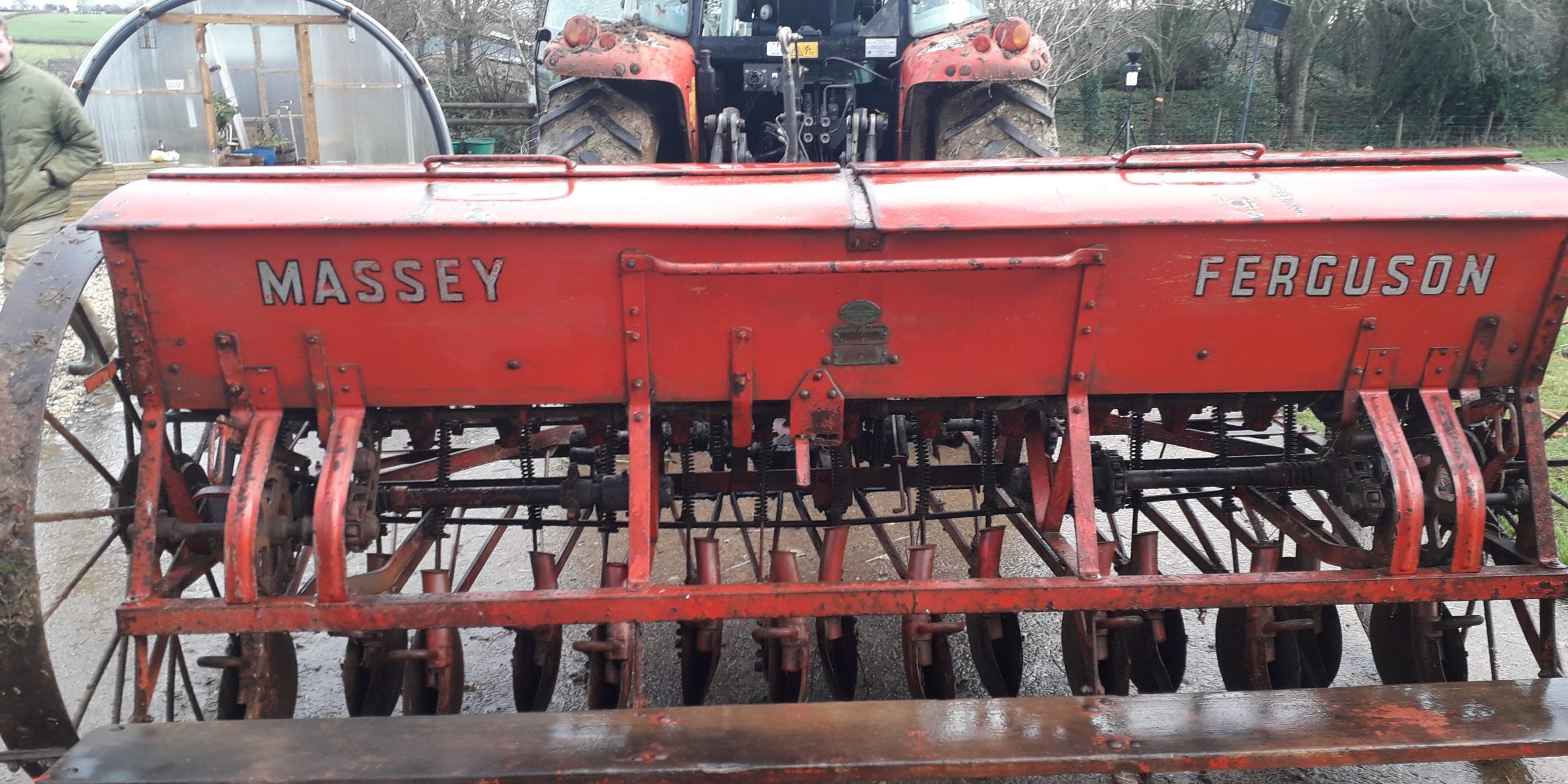 YANA supporters never cease to amaze us. Worcestershire NFU County Advisor Emma Hamer delighted us with what she did with an old farm drill. Here’s her story.

“I got involved in ‘Run1000’ in January – an initiative to raise awareness of mental health concerns amongst the rural community. I am certainly not a natural runner – and I found it very difficult, but I did manage to run two and a half marathons in total in January – though it did take me 31 days! Thousands of pounds were raised for mental health charities, including YANA, and I am proud of the contribution fellow runners made both financially and in raising awareness of the devastation mental illness can cause.

Seeing the beauty in our old seed drill

Also in January, my husband Martin and I were clearing out an old barn. We had just managed to obtain planning permission to put up a new grain store in its place. Languishing in the back of the barn was a Massey-Ferguson 728 seed drill, which hadn’t seen any action for decades.

It first arrived on our farm in the 1950s bought from FH Simms, Stratford upon Avon, by Martin’s grandfather. While still in good working order, it was surplus to our requirements as we now direct drill everything on our farm, so it was decided to send it for scrap.

However, Martin wasn’t happy with this. Although the drill hadn’t been used for a while, he felt it just needed a bit of TLC to get it operational again. It seemed such a waste to scrap such a beautiful piece of engineering.  Surely someone, somewhere, would be able to lovingly restore it and maybe get it working again?

Finding the best new owner and donation to YANA

So, I took to Twitter and suggested we sell it as a restoration project. Vintage machinery enthusiasts responded to my call and a bidding war ensued.

I was delighted that we eventually sold the drill to the highest bidder, Ben Beazley.

He and his dad came over to collect it at the end of January and it is now being restored on their farm in Bedfordshire and they are hoping to use it to drill some crops when fully restored.

I was delighted to donate £500 to YANA from the sale of the drill and from my Run1000 efforts. But, I am hoping I won’t have to pull on my running shoes again any time soon.”